One of the best and busiest of Northern Wisconsin's Working Musicians/Artists; Scott Kirby, Has been featured on Milwaukee public television's "Around the Corner with John McGivern", Relix Magazine's Dec 2015 music Sampler, "The Maple Leaf Mailbag" of Radio Canada International, "Live from the White Pine" on WXPR, the Independent Documentary film "UP a River", was first runner up at Big Top Chautauqua's Celebration of Song Festival '09 . He is the recipient of the Northern Arts Council's individual Artist Grant for 2021. Kirby Has opened for: Suzanne Vega, Indigo Girls, Bill Miller, J.L. Stiles with Doug Ellington, Sean Kelly, Rhonda Vincent...Performs Over 200 shows per year in Diverse Venues from the House of Blues to the Hard Rock Cafe to The Overture Center's Capitol Theatre, to street corners in Nashville and Subway Platforms in New York City. He Performs Weekly in northern Wisconsin.

"One of the Northwood's best and busiest musicians" is how the Northwoods Live Music Calendar describes Scott Kirby, an alternative blues rock singer/songwriter living in northern Wisconsin. Don Burnstick describes what Kirby has simply as "mojo". It's that mojo that is Kirby's signature sound.

Kirby has been exploring guitar and writing songs since the age of twelve. Kirby's wide range of influences helped hone his individual voice in songwriting. He notes his larger inspirations to be Bob Dylan, Neil Young, REM, Tom Petty, Stevie Wonder, and Johnny Cash. Band Camp Diaries says, "He has a unique approach to blending melody and attitude that makes me think of modern artists such as The Fray or Daughtry, just to mention a few."

Kirby has nine album releases to his name (Long Way Home, Apple Love, Good Morning Jo, B Tapes Vol 1, A Day On The Lake, Live at CT's Deli, November Snow, live at the little brown jug, ep 2018), and amped up his sound with his 2017 single "Love Is Just," produced by Grammy winning producer Jeff Bova (Album of the Year, Celine Dion, Falling Into You). Dancing About Architecture wrote: "'Love Is Just' is eloquent, in a solid and dependable sort of way, a combination of keeping things simple, though far from simplistic, and that fantastic voice of his. Letting the music breathe and the vocals soar, a vocal which seems to blend romance and honesty and a soulfulness with a delivery that most rock singers would kill for." From Skope Mag: "When they said that music is an expression of our emotions with the vocal and or with instruments, I never really got to understand it until I listened to 'Love is Just' by Scott. The song is a pure expression of emotion at play." The Official Video of 'Love Is Just' here: https://www.youtube.com/watch?v=3ZqhCZ7EvWg

Recently Scott let his inner Blues Rock persona shine in his single, 'Something to Move.' This charged track stirs up swampy, gritty images and reminds us that the Blues are timeless. A modern take on the backbone of popular music, 'Something To Move' is a driving, vivid depiction of life outside popular culture.

Here is what taste-makers are already saying about this slammin' track:

"Scott Kirby’s “Something To Move” is the definition of a perfect bar jam."

"Scott’s got a solid scorcher here that’s bursting with rhythm & passion at the seams…another great tune from what’s clearly an artist that gives everything he’s got to his music, every time."

"Something To Move by Scott Kirby is everything we need music to be."

"From the tiniest of bar stages to the biggest of stadiums out there – “Something To Move” is always going to come out sounding massive no matter where you hear it…it’s the kind of cut that’ll bring the crowd right to the floor…the kind of groove so strong you can authentically feel it moving you."

"...akin to something like an acoustically-driven “Walk This Way” by Aerosmith."

"Rock bands could learn a lot from such an approach and pop bands would do well to take head of how infectious and groovesome this song is."

"How do you write a review when the only words that slip out my mouth is yes.Yes! yes. Literally. Yes! Yeeeeeeeeeeeeeeeeess!"

"[Kirby] delivers with passion and experience and his sound is distinguishable from the first note."

"...makes me think of fellow artists the likes of Neil Young, Elliott Smith and Wilco"

Kirby dropped a quirky, upbeat yet introspective song, "Simple Life", that had summer written all over it. Kirby explains, "I'd been on a trip to eastern Europe and bought a guitalele in Dubrovnik near the end of our journey. After getting home, I was reflecting on my trip and how I was feeling in general. I fell in love with Bulgaria and the fact that everyone has a garden instead of a lawn. I had literally just dug up my front yard to make a garden for planting food and I noticed the "mud on my feet". Sleeping Bag Studios says, "Scott’s combining folk-song sensibilities with an upbeat Blues-vibe goin’ on, and certainly noticeable Pop-style hooks in both the music & vocal-melody that’ll prettttttttttty much grab the attention of just about everyone out there one way or the other.  I have been in the past, and remain right to this very moment, a huge fan of Kirby’s voice.  Dude’s a great brilliantly charismatic singer with tremendous tone and pinpoint precision – and he absolutely stuffs “Simple Life” full of soul, style, and skill from the microphone…all with such a remarkably organic, natural cadence, and energy that suits him extremely well." Scott continues, "There's also some social commentary regarding the "build the wall" movement, which had me thinking quite a bit. I had just been in a number of places that are surrounded by walls- Kotor, Dubrovnik in Croatia. The song does reflect on how even in striving for the "simple life" - doing so can be a complicated endeavor." From Stereo Stickman,  "As was the case with his previous releases, there’s a poetic depth to much of Scott Kirby’s writing that shines brightly in such a natural setting. In this case, the song’s underlying concept is represented gorgeously – not just by the lyrics, but by the colourful and optimistic nature of the music, and by Scott’s own laid-back and genuinely content delivery.

September 2019, Scott released "Cool Water", a contemporary blues tune about embracing life, and the people in it. With a slick, crisp blues riff as cool as cool water itself and Kirby's signature on point gritty vocals, Cool Water takes you to church with authenticity. This righteous track is about how lucky we are to have each other.  Kirby explains, "I believe in living a life of gratitude for the blessings given to us, and the lessons we are extended." 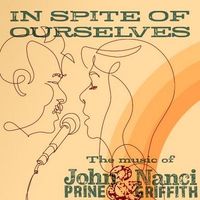 In Spite of Ourselves: the music of John Prine & Nancy Griffith

John Prine and Nanci Griffith were both humble masters of the story. They dug deep into the places where most were afraid to go. Emotional depth, keen observations and wry humor brought their music to life and hit an emotional bone. These are the writers who gave us “Angel from Montgomery,” “Sam Stone,” “Love at the Five & Dime,” “Trouble in These Fields, and many more. It’s the Blue Canvas Orchestra's great honor to present a tribute to our lost songsmiths. Both John and Nanci performed at the Big Top several times – amazing memories!